Abstract:
Materials are often intentionally or unintentionally subjected to loads, or stresses, during service.  However, there is evidence that the stresses  within the material may not be uniformly distributed in materials due the presence of clustering of line atomic defects, or “dislocations”, in the material. These dislocations are responsible for facilitating or  “carrying” the normal permanent or plastic deformation in materials that results from the external stresses. However, this redistribution of the stress can lead to long range internal stresses (LRIS) in materials.  It is critical to characterize and understand the details and origin of long range internal stresses that lead to backstresses.  This was by our group at USC using, new cutting-edge x-ray microbeam characterization techniques at the Advanced Photon Source (synchrotron) at Argonne National Laboratory. Learning the details of the origin and the  magnitude  of the backstresses due to dislocation clustering can lead to a new understanding of important performance aspects of materials.  This particularly includes fatigue and metal forming.  Fatigue is one of the most common catastrophic-failure mechanisms in structural materials. Better understanding of fatigue would lead to enhanced structural-materials performance. Understanding backstresses in metal forming operations could lead to enormous savings in the metal-forming manufacturing sector. 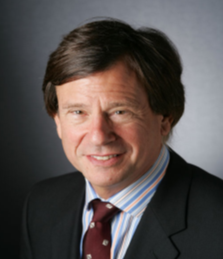 Bio:
Prof. Kassner graduated with a Bachelor in Science-Engineering from Northwestern University in 1972, and an M.S. and Ph.D. in Materials Science and Engineering from Stanford University in 1979 and 1981. From 1981 to 1990, Prof. Kassner worked at Lawrence Livermore National Laboratory and performed basic research on the mechanical behavior of metals, as well as a variety of defense-related projects. He was promoted to Head of the Physical Metallurgy and Welding Section and was the Thrust Leader for Physical Metallurgy Research. In 1984 he spent a year on leave at the Univ. of Groningen in The Netherlands as a Fulbright Senior Scholar.
Prof. Kassner accepted a faculty position in the Mechanical Engineering Department at Oregon State University in 1990 where he was Northwest Aluminum Professor of Mechanical Engineering and Director of the interdisciplinary PhD program in materials science. He received the College of Engineering Outstanding Sustained Research Award in 1995. While at Oregon State, Prof. Kassner was detailed to Basic Energy Sciences of the U.S. Department of Energy and a Program Manager. He was also on leave for one year at the NSF Institute of Mechanics and Materials at the University of California at San Diego, where he was an Adjunct Professor. Prof. Kassner moved in 2003 to accept a position as Chairman, Mechanical and Aerospace Engineering Department at the University of Southern California (USC). He is also a Professor of Materials Science at USC. Prof. Kassner is currently active in pursuing research at USC on creep, fracture, fatigue and thermodynamics.
Prof. Kassner has published two books, one on the fundamentals of creep plasticity in metals and another on phase diagrams and has authored or co-authored over 200 published articles. He serves on several editorial and review boards for major scientific journals. He is a Fellow of American Society of Metals (ASM), a Fellow of the American Society of Mechanical Engineers (ASME) and a Fellow of the American Assoc. for the Advancement of Science (AAAS).
Powered by